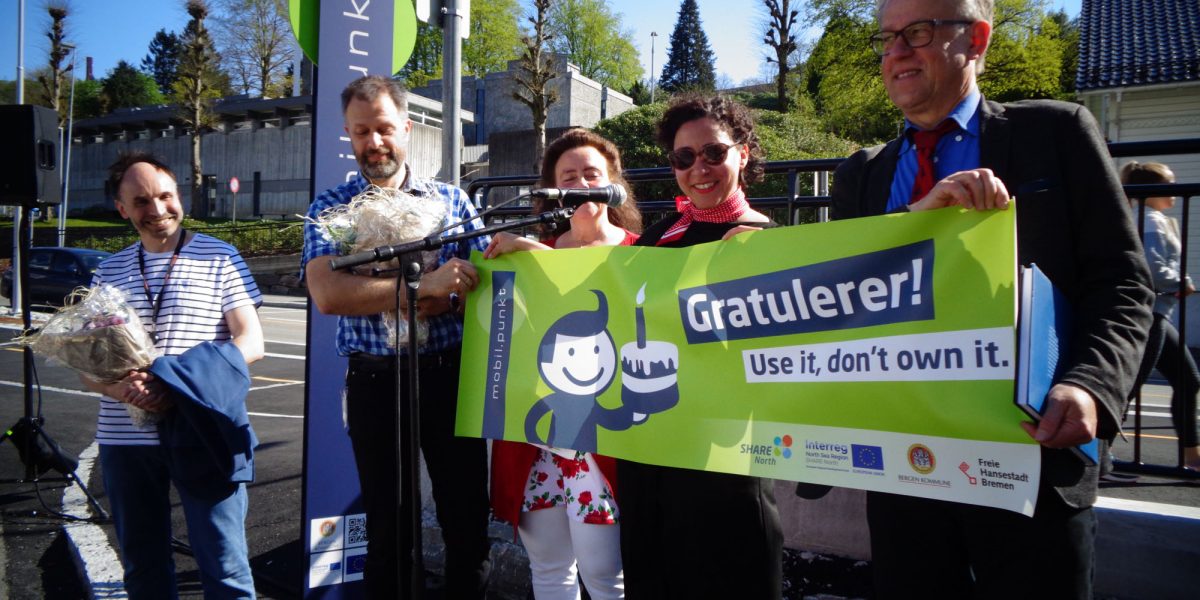 After being a car sharing success story in the Northern German harbour city of Bremen, ‘mobil.punkt’ has just been rolled out in the Norwegian city of Bergen. Launched in 2003, the first experiments with this integrated car sharing station on public street space quickly became a pilot service in Bremen. The city’s strategy was as successful as simple: “Bringing car sharing