Bremen, a city in love with car sharing 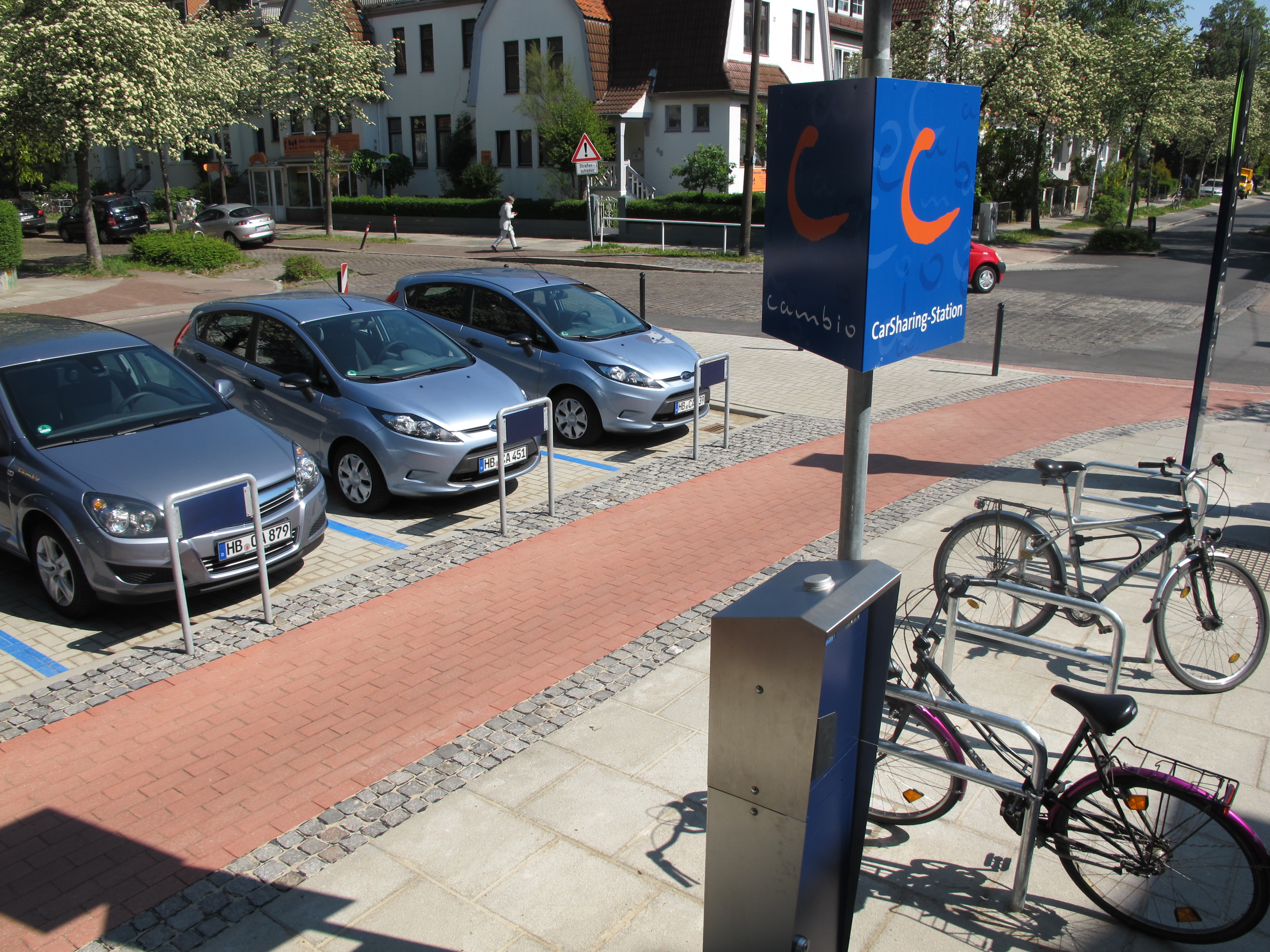 The City of Bremen is a forerunner in integrating car sharing into urban development and in its Sustainable Urban Mobility Plan (SUMP). Already in 2009, the City Council got its ‘Car Sharing Action Plan’ adopted. In 2009, the target of 20,000 car sharing users by 2020 looked extremely ambitious – meaning to quadruple the figure of about 5,000 users in the beginning of 2009. Even more important than the number of users is the impact on the urban transport system with at least 6,000 cars to be replaced to reclaim street space. In Bremen, car sharing is market-based with 3 commercial operators of return car sharing, not subsidised but integrated in a lot of activities of the City Council. The Bremen SUMP strategies promote walking, cycling and public transport as alternatives to the use of private cars.

The 2017 report of the City Council to the transport committee highlights not only a number of more than 14,000 users, but the survey carried out show also that already about 5,000 cars are taken off the roads by the users of car sharing in Bremen. About one third of the car sharing users gave up a private car when joining the car sharing service. In a similar quantity, cars were not purchased. This is important looking at the growing community of young users, who never owned a car. About 79% of the Bremen car sharing users doesn’t have a car in their household. So, their mobility patterns are build on using walking, cycling ad public transport for regular trips, and car sharing vehicles as a stopgap. 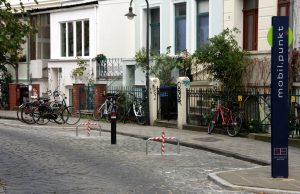 A typical Bremen ‘mobil.puenktchen’ in a narrow neighbourhood street with 2 spots for car sharing cars, bike-racks and the pillar on some extended curbs.

The car sharing survey carried out in summer 2017 by Bremen shows that under the top priorities of car sharing users (60% by all, 68% by women), you will find the nearness of stations. The high level of satisfaction (84% satisfied or very satisfied) confirms the Bremen strategy of providing on-street car sharing stations, called mobil.puenktchen. There is a growing number of these car stations in the neighbourhoods, being very accessible, visible and clearly marked with a pillar. Car sharing users of a return car sharing system want to have a station close to their home (or workplace if used for work purposes). The study also confirms that the Bremen car sharing users do more of their grocery shopping in the neighbourhoods, and less in shopping centres.

Since 2013, the Bremen regulations allow the integration of car sharing as a measure to reduce the demand for parking. There is a growing number of new developments integrating car sharing right from the beginning. Overall, the report to the transport committee demonstrates the importance of car sharing for sustainable urban transport.