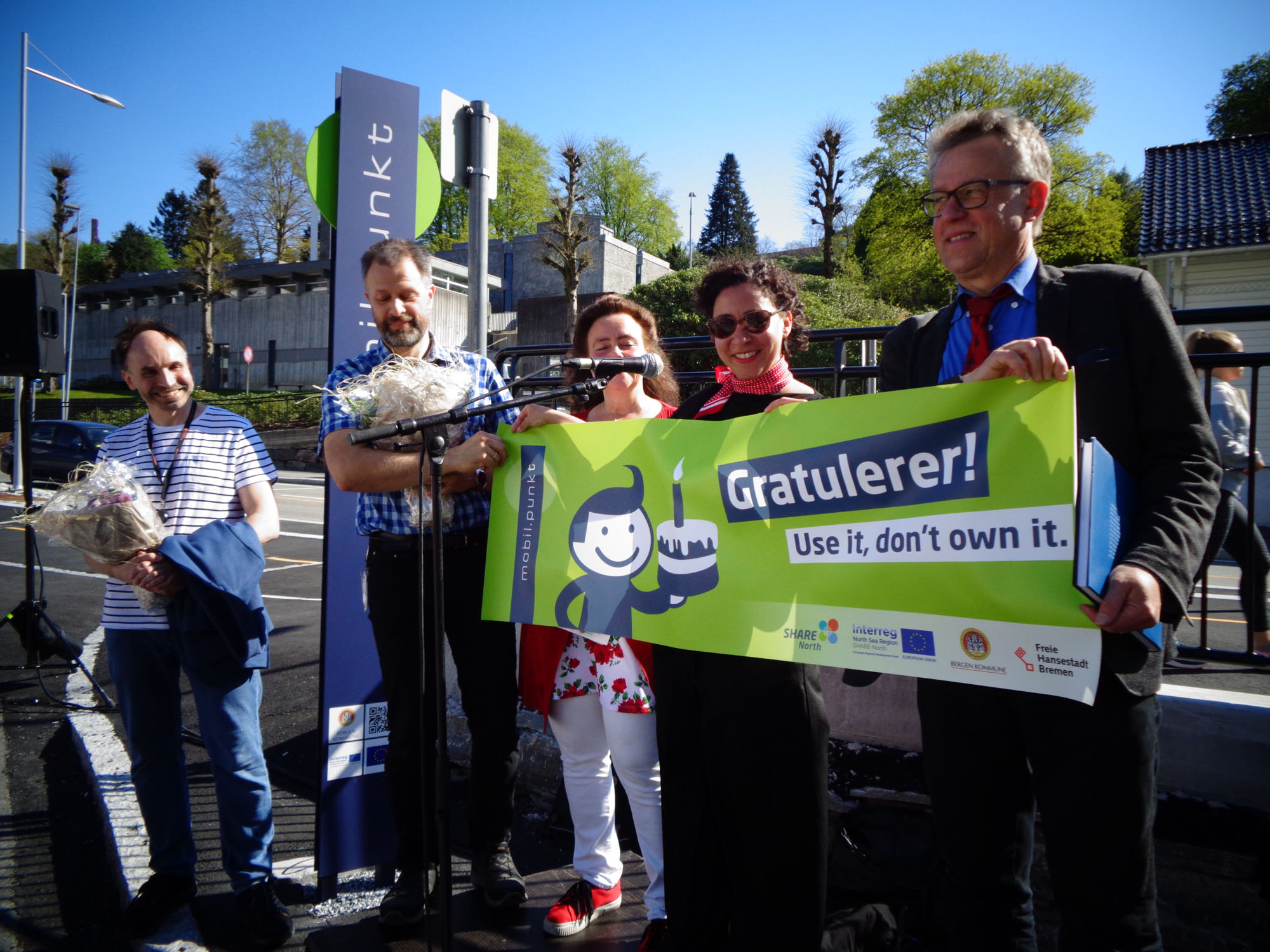 After being a car sharing success story in the Northern German harbour city of Bremen, ‘mobil.punkt’ has just been rolled out in the Norwegian city of Bergen. Launched in 2003, the first experiments with this integrated car sharing station on public street space quickly became a pilot service in Bremen. The city’s strategy was as successful as simple: “Bringing car sharing closer to users: physically and mentally,” said Michael Glotz-Richter, Senior Project Manager for Sustainable Mobility of the city of Bremen. “In densely built-up neighbourhoods, there is no other option for car sharing stations than to be implemented in public spaces.”

Well visible with nice blue and green pillars, the stations have become a landmark for sustainable mobility. As most users used to walk or cycle to the ‘mobil.punkt’, thay have all been equipped with convenient and safe bike racks. Proximity to the stations and reliability of the station-based car sharing service have been key elements to establishing car sharing as an alternative to owning a car.

The ‘mobil.punkt’ success story reached Nuremberg and left Germany to expand in Norway. On 8 May, the first ‘mobil.punkt’ station was inaugurated in Bergen, which is a partner in the SHARE-North Interreg project. In a television interview, Bergen’s mobility management unit manager, Berit Karin Rystad, explained the purpose of ‘mobil.punkt’ and spoke about how Bergen was inspired by Bremen and the Interreg North Sea Region Project SHARE-North. This is another example of good cooperation between European cities and maybe the first step towards new ‘mobil.punkt’ implementations. 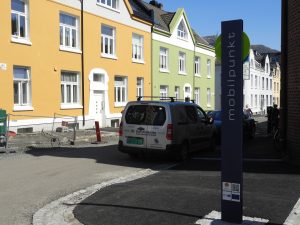 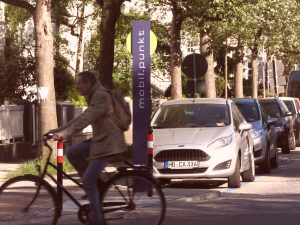 On the left, a mobil.punkt station in Bergen and another one implemented in Bremen on the right.

Post written by Michael Glotz-Richter from the City of Bremen and STARS partner.