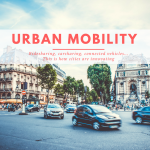 In many cities around the world, especially those lacking an efficient public transportation system, congestion is undermining mobility. According to the United Nations, roughly 60% of the world’s population will be living in urban areas by the year 2030, increasing the pressure on urban transport systems. Experience has shown that adding new infrastructure is often expensive and slow. Therefore, municipalities are increasingly interested in less-costly, innovative ways to make their existing infrastructure more efficient.

As air pollution is another major concern for many cities, they are also interested in ways to make mobility eco-friendly. The city of Paris, for example, will ban all diesel cars by 2030 to control air pollution levels. Services like real-time ridesharing and carsharing are helping urbanites to reduce their environmental impact and move around without owning a car. Such services are becoming a de facto extension of the public transport system.

Important technological and organisational breakthroughs are leading to a disruption of the status quo in cities. In turn, many conventional automakers are now reconsidering traditional processes and services, and are shifting their R&D towards the next generation of “connected and automated vehicles.” At the same time, new business models are now emerging with the goal of facilitating people’s lives. 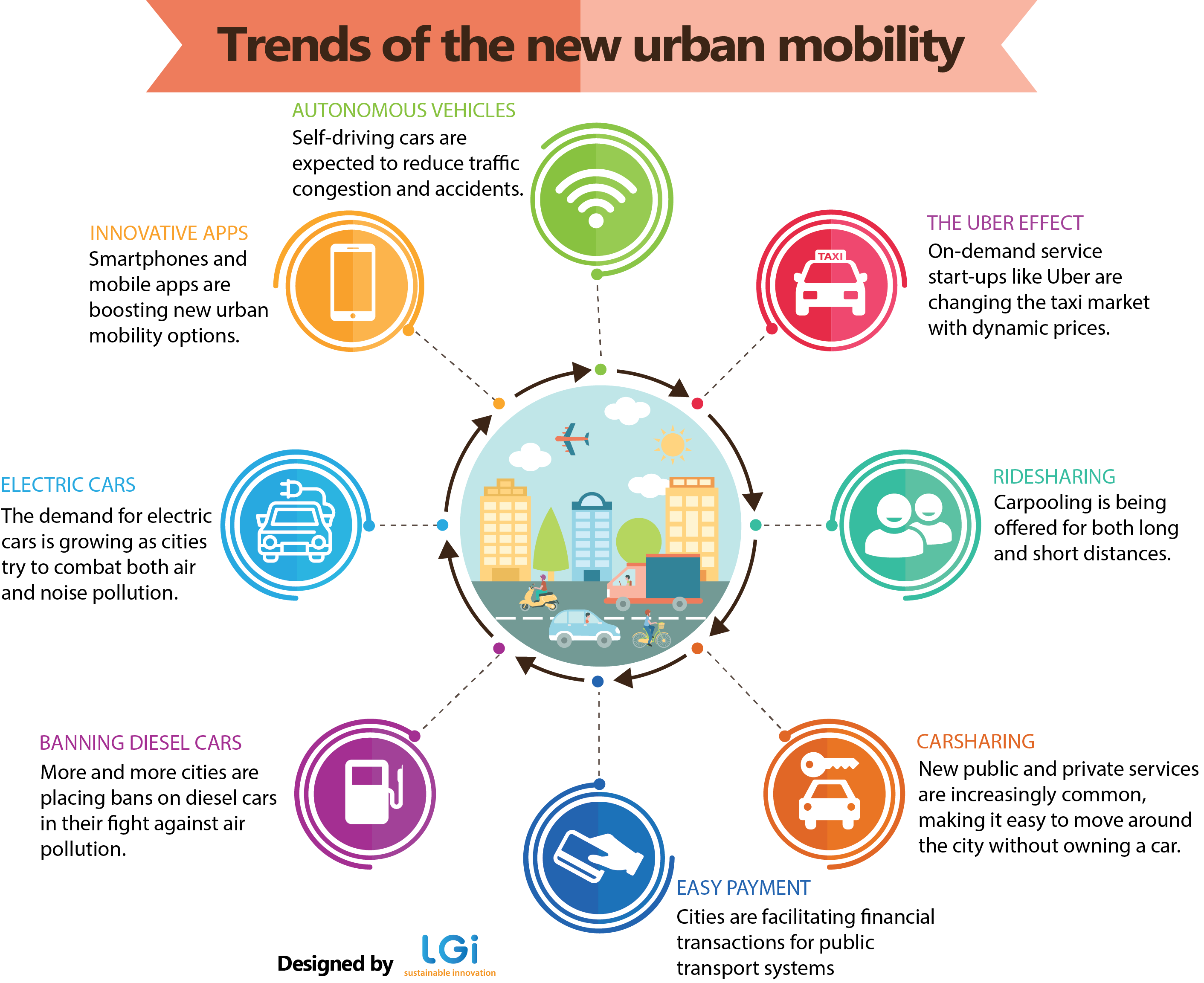 Based on LGI’s research and experience in the European project STARS, there are two major driving forces behind the recent emergence of these new business models for mobility services. They are:

The new mobility marketplace involves a diverse range of actors that need to cooperate closely to make the most of this new paradigm. Some of the key actors are mobility management players, payment processors, public and private transportation providers, and local authorities responsible for public transportation and city planning.

Municipalities are trying to make use of all these emerging innovations in the private sector, to solve the urban transport puzzle and improve the provision of public transport. Integration and collaboration between private and public mobility services is at the top of the agenda for many local governments.

Carsharing, for example, has progressively been integrated in public transportation grids since its re-emergence and boom in the 1990s. Carsharing is just one service growing in popularity, as it allows people to share a car for short periods of time and gain the benefits of private car use without all the costs and responsibilities of ownership.

In the past years, carsharing has developed beyond conventional business-to-consumer (B2C) or peer-to-peer (P2P) services, and it has become a part of the public transport offer of many cities. Some municipalities, such as Paris, have opted to have a private contractor managing their own electrical vehicle fleet (Autolib). Others, like the City of Bremen, cooperate with carsharing operators and integrate the service into the public transport scheme (Cambio). Such examples show us that cities can play a role both in initiating a public carsharing service and in promoting carsharing initiatives in the private sector.

McKinsey estimates that by 2030, one in 10 cars will be used for carsharing. As a result, car ownership is condemned to decline in urban areas. Municipalities willing to modernise their transport system are therefore wise to consider integrating new transport modes such as carsharing into their offering.

Given the pace of innovation and the complexity of urban transport systems, it is hard to make robust predictions about what exactly the system will look like in the coming years, but some trends are already clear. According to Deloitte, the mobility sector is becoming massively networked and integrated. A user-centred approached is emerging and putting the spotlight to the on citizens’ needs. Transport services are being dynamically priced, balancing supply and demand. New public-private partnerships are being materialized. To maximise the benefits of innovation for the public transport system, municipalities should support the usage of different public and private modes of transport. Offering multi-modal transport payment mechanisms is one way of doing this. They should also promote the uptake of new forms of public-private collaboration while fostering the development of new ideas and business models.

This article was originally published on the LGI website and is shared with kind permission. Read the original article by clicking here.